Let’s take a trip back in time, w-a-y back to September of 1996. There were only a couple of digital cameras out on the market when Olympus announced this one, and it was SO awesome that I just had to have it.  Back then we weren’t even ordering things online, so I remember calling my local camera store and they had just gotten a few in. It was fate.  I rushed right over, eyeballed it, held it, and it was love at first sight. Had to have it! 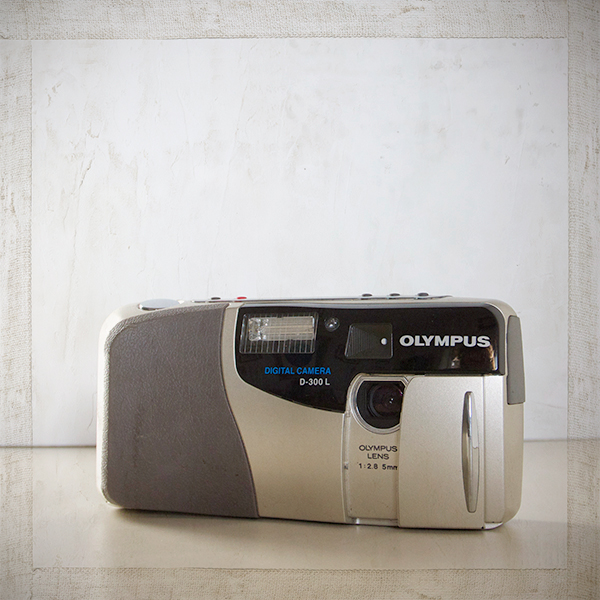 Yes, folks, this baby was jam-packed with 6MB of internal RAM. Hmm… that’s about half the size of one of my RAW files today.  But anyway, it was awesome to me. There was no external memory, so when you took the 120 photos that would fit on the internal RAM, you had to use a cable to move them to the computer.  The photos were 1024 x 768 pixels, nothing you could enlarge with any sharpness, but hey, you could see the photo right on the back of the camera after you took it. How cool was that?

I’m such a sucker for all things shiny, new, and high-tech that I’m ashamed to say that I parted with about $900 for this camera that delivered “expert-level quality and features.” We’ve certainly come a long way in 16 years, haven’t we?