This post has nothing to do with photography and everything to do with dogs, love, fate, coincidence, angels, devotion, and, quite possibly, answered prayers.  Here’s my story of Lily and the Three Amazing Things.

One year ago tomorrow I lost my nine-year-old golden retriever, Molly. As my friends know, 2012 really sucked as far as years go, with the divorce and all, but the thing that makes me emotional has been thinking about Molly.  She filled my life with unconditional love, and even though she was ailing and I didn’t know it, she always seemed to put my needs and happiness first.  Anyone who has had a dog knows what I’m talking about.  I think her loss embodies all the losses of last year, but I have to say I’ve missed her more than my ex.

I knew this anniversary was coming and last weekend I was pretty down about it.  I spent lots of time sitting outside under the stars, asking for something that would make it easier to see the date of 3/22 on the calendar.  Also last weekend, I was talking to a friend on the phone and she was asking me if I was considering dating yet, and my response was something to the effect that no, I wasn’t, and I wished Prince Charming would just show up at my doorstep and bring me eternal happiness.  We both laughed, AS IF that would happen!

Okay, here comes Amazing Thing Number One.  Sunday afternoon I walked out my front door and found an envelope sitting there on the ground, held down on this windy day by one of Molly’s old rocks.  Handwritten on the outside was a note from a beautiful young woman who said she met me once last year and remembered that I’d lost my golden.  It took me a while to get up the courage to open the envelope, and when I did I found her beautifully composed note. She said that due to her having a baby next month and their small living space, she had made the difficult decision to find another home for her 2-year-old female golden named Lily.  Of course, she included a photo of Lily, which just melted my heart.  How could I not say yes?  It wasn’t Prince Charming at my doorstep but maybe a step better, as far as that unconditional love goes!  I cried tears of joy (seriously) and wrote her a long e-mail and our communication began.

Amazing Thing Number Two.  I do remember meeting this young woman.  It was actually a year ago, the week after Molly died, so I was feeling pretty raw then.  I happened to look out my kitchen window and she and Lily were playing in a spot across the street where Molly used to play on her walks.  I felt like I was looking at a ghost.  I’d never seen a golden walking on our street before, and certainly not in Molly’s play yard!  I needed my golden fix so I went out, introduced myself, told her that I’d just lost my golden, and petted her dog a few minutes, and then went back inside.  I’ve thought about her often this past year, feeling it was so odd that they showed up that week, and that I never saw them again.  Well, I related this story to her in my e-mail and she also said that she’d not forgotten me either.  Was Molly pulling a matchmaking stunt from the other side, introducing me to my future companion, but only when the time was right?

Here are several other amazing things, but not Number Three.  A few weeks ago I decided I might be ready for a pet and I started searching the Humane Society and Golden Retriever Rescue sites for a young female dog, about two years old.  Nothing hit me.  I even considered getting a cat (my Facebook friends will remember my picture of a cat in a shopping bag with a man’s body).  But the cat didn’t pan out.  About a month ago, I saw a small golden outside the Apple store, and I went up and told the man that if I were to get another golden, I’d want it to look just like his dog (and of course Lily looks just like that).  So I was putting the word out to myself and the universe that I was open to the idea of getting a pet.

Well, this young woman decided that I could provide Lily with a good home and she agreed to let me have her.  She dropped her off Tuesday night and I have been on Cloud Nine ever since.  It must have been difficult for her to give up this fur baby, but as she’s having a real baby in a few weeks, I’m sure she will be over-the-moon happy.

So were my weekend prayers answered?  Do dreams come true?  I absolutely believe it.  The timing was right for me be ready to have another heart beating in my home again, and the timing was right for her to find Lily a new home.  In fact, she said she’d been selfishly putting it off, wanting to have more time with her, but in retrospect, maybe she was just waiting for me to be ready and she didn’t know it. 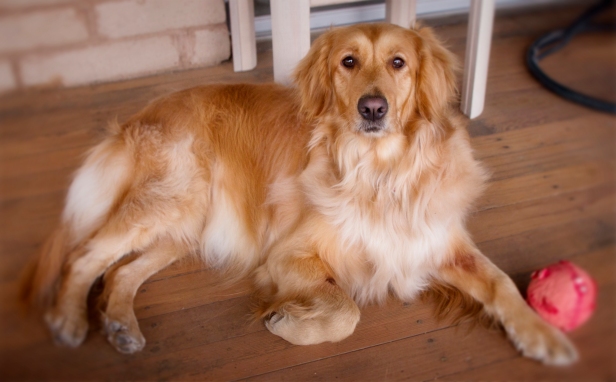 Oh, and Amazing Thing Number Three?  This young woman’s name was Angelina, as in beautiful Angel, and the dog’s name is Lily (which kind of sounds like Molly, actually).  Lily is the flower of Easter, and Easter is all about resurrection and rebirth.  I absolutely believe Lily came into my life to rescue me and make me happy again.  So far it’s working.  She is everything I could ask for, and then some, and I think tomorrow’s anniversary will be a little easier to handle.  In fact, Molly’s probably out there somewhere, on the other side of the Rainbow Bridge, with a big doggie smile on her face, and that makes me happy. 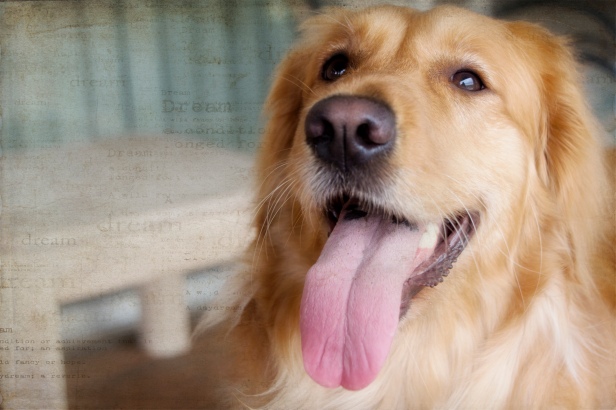 22 thoughts on “Lily and the three amazing things”